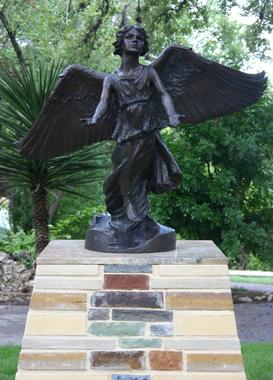 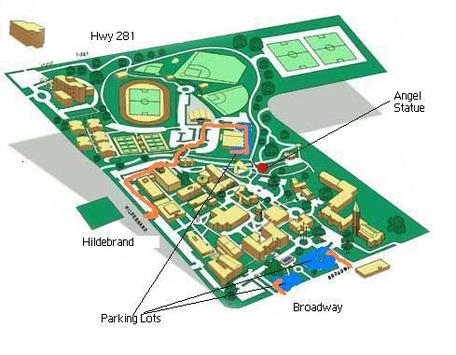 The San Antonio Angel of Hope Foundation was officially established as a non-profit organization on November 8, 2004.  However, the initiative to bring an Angel of Hope to San Antonio began in September 2003.  The Foundation consists of six board members, five parents who have lost children, and a non-voting representative from the University of the Incarnate Word.

Donations received at our annual candlelight vigil go to area charities who provide special services and needs to all children.  Previous local non-profit organization recipients include the Children's Shelter, the Children's Bereavement Center, the Assistance League of San Antonio, Any Baby Can, the TEAMability Learning Center, Respite Care of San Antonio, Threads of Love, the Texas Children's Choir, Heroes N More, Texas Lions Camp, the Rainbow Room at Child Protective Services and The Visitation House Sponsored by The Sisters of Charity at UIW.

Located at University of the Incarnate Word, 4301 Broadway, San Antonio, Texas 78209 (Near the Student Union and Grotto.